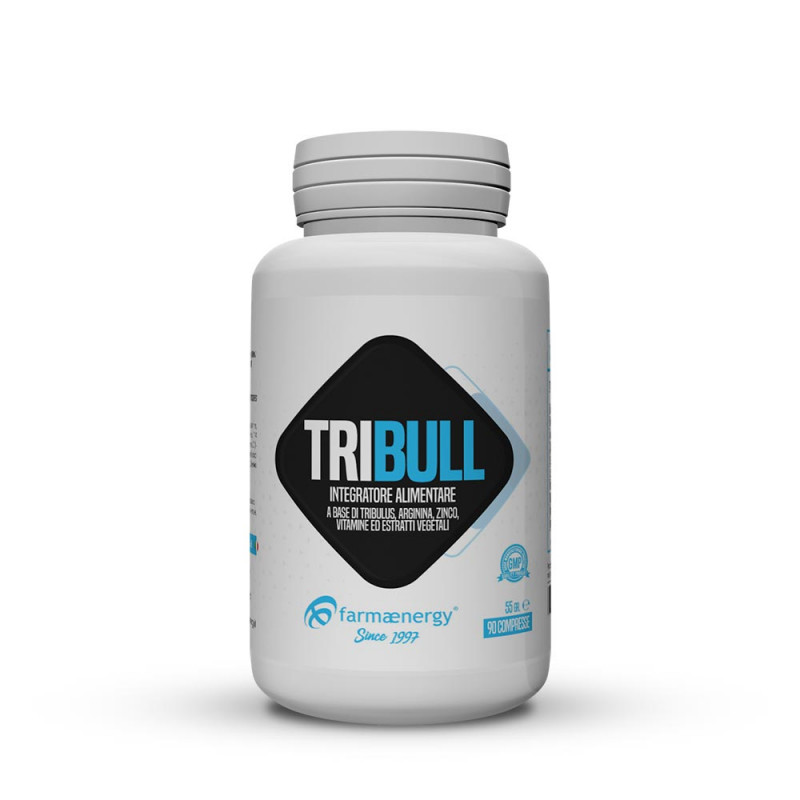 Tribull 90 caps by Farmaenergy is a dietary supplement containing Tribulus Terrestris titrated to 40% in steroidal saponins, Peruvian Maca, acetyl l-carnitine, akg arginine, selenium and vitamins. This is an useful mixture to increase the virile resources of vitality, strength and endurance.

Let's focus on the main compounds of this innovative natural formula:

Lastly, in this formula you also have Vitamin C and E, two powerful antioxidant molecules that protect us from premature tissues aging and prolong the nitric oxyde half-life, Vitamin PP or B3, which is essential for our cellular respiration and energy release, and Vitamin B6, also known as Pyridoxine, which acts with zinc in inhibiting the action of 5-alpha reductase, a special enzyme that converts testosterone into dihydrotestosterone (DHT), a strongly androgenic hormone.

TRIBULL FARMAENERGY: CONDITIONS OF USE

It is advisable to take 1 tablet three times a day, in-between meals or before going to bed. Do not exceed the recommended dose.

17 other products in the same category: