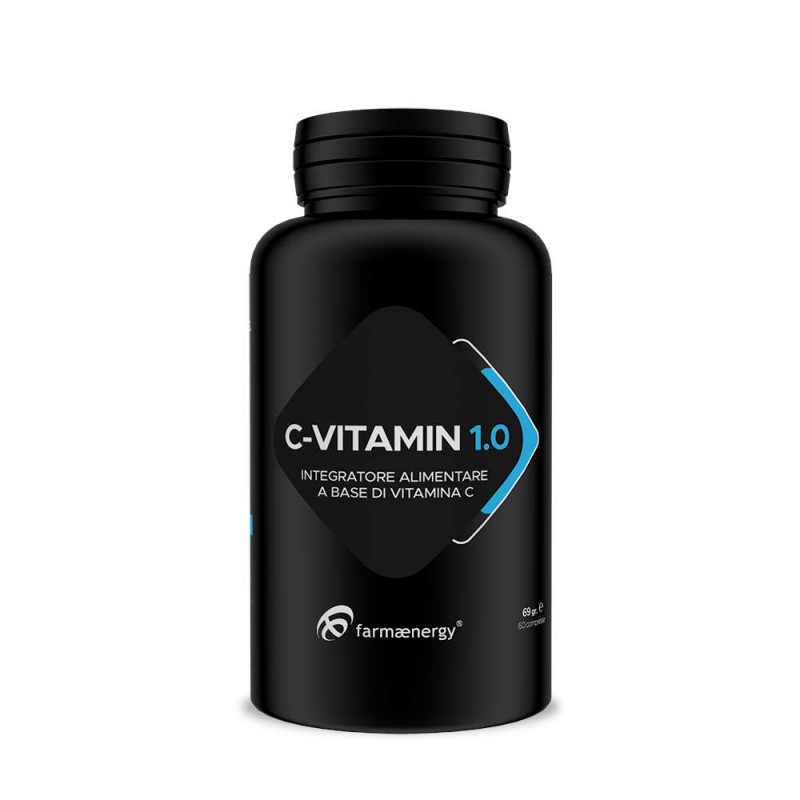 Vitamin 1.0 60 tablets is a vitamin C supplement in tablets with 1g of ascorbic acid.

Vitamin 1.0 60 tablets is a vitamin C supplement in tablets with 1g of ascorbic acid.

Vitamin C is involved in the synthesis and activation of multiple substances that are synthesized by our body, including collagen, bile acids and steroid hormones by means of the adrenal glands. It's also a very important antioxidant which contrasts the overproduction of free radicals, it's useful to assist the lipids metabolism and it helps fighting the overdoing stress.

Vitamin C is usually used  to contrast the free radicals overproduction. In fact, even if they're very important for a good metabolic functioning, these molecules must be kept under control because when they bind to other compounds such as proteins, DNA and fats, they can alter their functions, causing, over a prolonged period of time, a possible damage to the tissues that can turn into certain pathologies. For this reason it's always recommended to eat good quantities of fresh fruit and vegetables, and in cases of increased need, to use a supplement like this.

In sports practice and specifically during intense training sessions, a good source of antioxidants can be useful to prevent the free radicals excess.

As previously stated. the ascorbic acid holds many beneficial properties besides the antioxidant one. In fact, it is able to decrease the flu symptoms as well as to prevent them, thanks to its support action of the immune defenses. It can also improve physical performance. Let's see how it works:

Finally, it plays a mojor role in the production of carnitine, a similar amino acid indicated for its energizing properties as well as to combat oxidative stress and in the synthesis of neurotransmitters norepinephrine and serotonin.

Farmaenergy recommends taking 1 tablet of C-Vitamin 1.0 per day, possibly on a full stomach. Do not exceed the recommended dose.