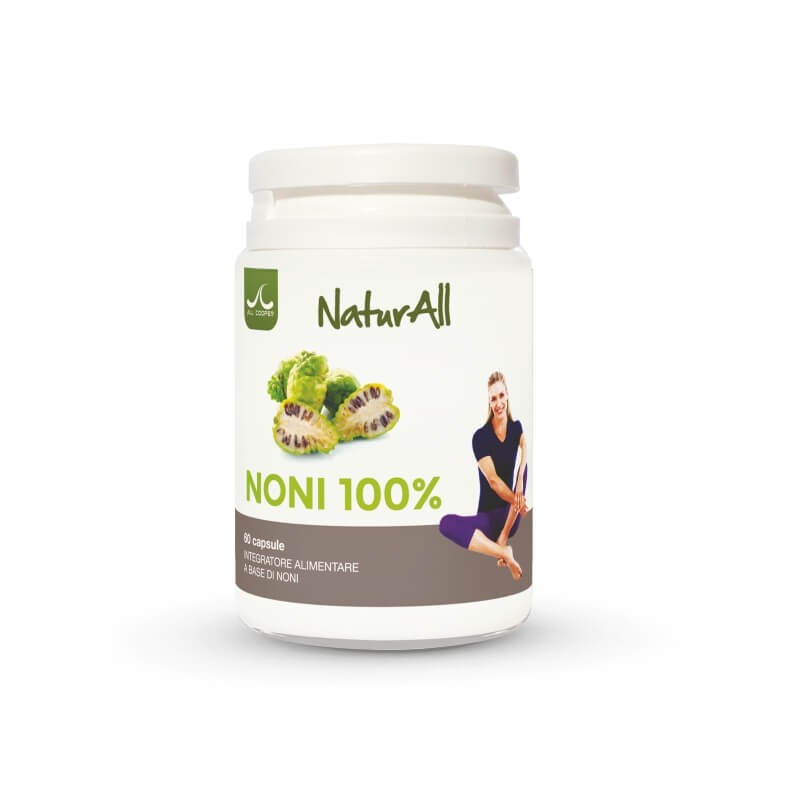 NaturAll by company Farmaenergy sponsors Noni 100% 60 capsules, a dietary supplement that is useful as a tonic and is indicated for physical and mental fatigue. It is a highly-concentrated supplement with an antioxidant action, as a single capsule  is equal to about 200 ml of pure juice. Besides the purity of the active ingredients, the lyophilised Noni maintains its effect for longer periods of time and does not oxidise.

Morinda Citrifolia is an exotic plant from the Polynesian islands and it has been used since a long time in traditional medicine to treat skin diseases, nervous and immune system diseases, respiratory system and gastrointestinal tract diseases as well as articular system diseases.

Noni juice is proving to be an active nutraceutical ingredient full of beneficial qualities for the body; its related therapeutic properties, including an energizing effect, an analgesic effect and an immune adjuvant effect are being studied. The latest scientific evidence seems to have pointed out that xeronine and other substances that are in the plant can act as regulators and constituents.

Morinda citrifolia contains more than 160 nutraceutical compounds that are useful for carrying out specific functions in the body.

The resulting juice has a high quantity of metabolically active ingredients such as vitamins and minerals, enzymes, amino acids, polysaccharides, alkaloids, trace elements, antioxidants and bioflavonoids.

The most important components of Noni include:

Other relevant compounds in Noni juice are vitamin B3, amino acids, proteins, catechins, flavonoids, linoleic acid, caprylic acid and caproic acid, which are all crucial to the health of the cell membranes.

NONI 100% NATURALL: CONDITIONS OF USE

Company Farmaenergy recommends to take 1 capsule a day with plenty of water. In order to boost the antioxidant effect, a nutritional synergy with fermented papaya  is desirable. Do not exceed the recommended dose.

No customer reviews for the moment.