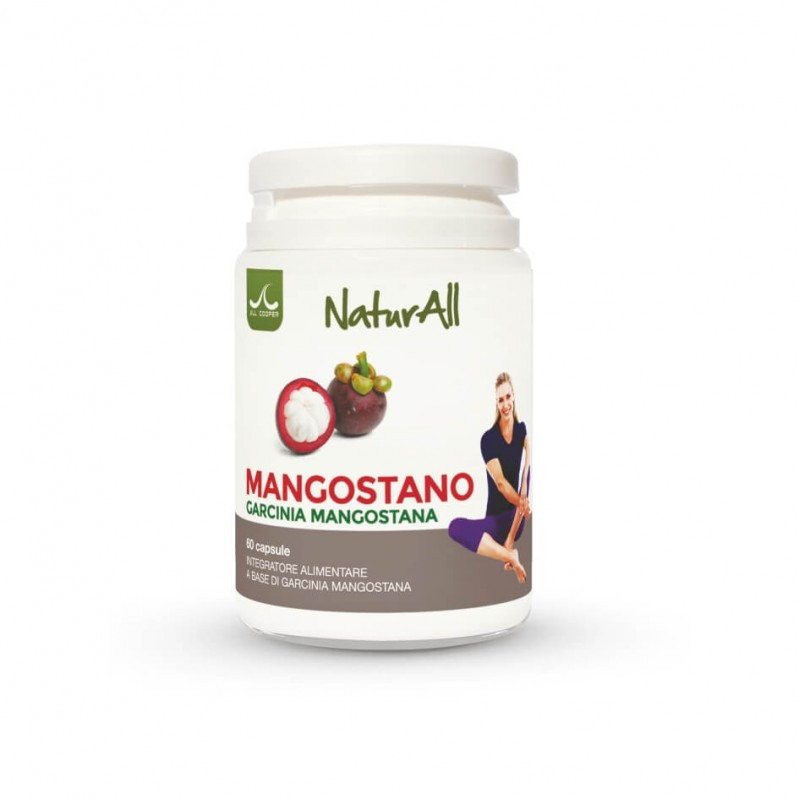 Mangustano NaturAll 60 caps is a natural dietary supplement based on mangosteen, with an antioxidant action; it boosts the natural defenses of the body.

This product is no longer in stock

Mangustano NaturAll 60 caps is a natural dietary supplement based on mangosteen, with an antioxidant action; it boosts the natural defenses of the body.

Known as a cure-all against inflammation, mangosteen juice has been the subject of a number of discussions: is it effective or not? In fact, a research by Altroconsumo seemingly demonstrates some reservations with regard to the many properties of this tropical fruit.

In recent times, a study carried out and published by Nutritional Journal has extolled its anti-inflammatory peculiarities, by stating that a daily use of this fruit has probably reduced C-reactive protein (CRP), whose levels tend to heighten in case of inflammation or infection. In fact, high levels of CRP can encourage cardiovascular disease and metabolic syndrome.

We will now outline the fruit in question, by listing the properties of the compounds that compose it, that is:

Actually, scientific evidence about the anti-inflammatory effect of the mangosteen juice is questionable.

But Garcinia mangostana carries out a potent anti-oxidant action that is specifically due to the presence of xanthones, namely the substances of which the fruit peel contains large amounts. Besides these compounds, the mangosteen contains a good amount of vitamin C, B vitamins, niacin, thiamine, dietary fibers and important minerals such as copper, manganese, magnesium and a large amount of potassium.

Thanks to its antioxidant properties, the mangosteen seems to be a perfect anti-ageing, for it can slow down the formation of wrinkles and improve skin elasticity and structure, as well as strengthen hair and nails.

This dietary supplement can be perfectly combined with fermented papaya in order to increase the immunostimulant effect and the possibility for the body to amplify the immunostimulant effect and the ability of the body to protect itself from seasonal diseases. In that case it is desirable to take 1 mangosteen capsule among with a papaya capsule after breakfast and with plenty of water.

Conditons of use: a capsule in the morning. Do not exceed the recommended daily dose.

No customer reviews for the moment.