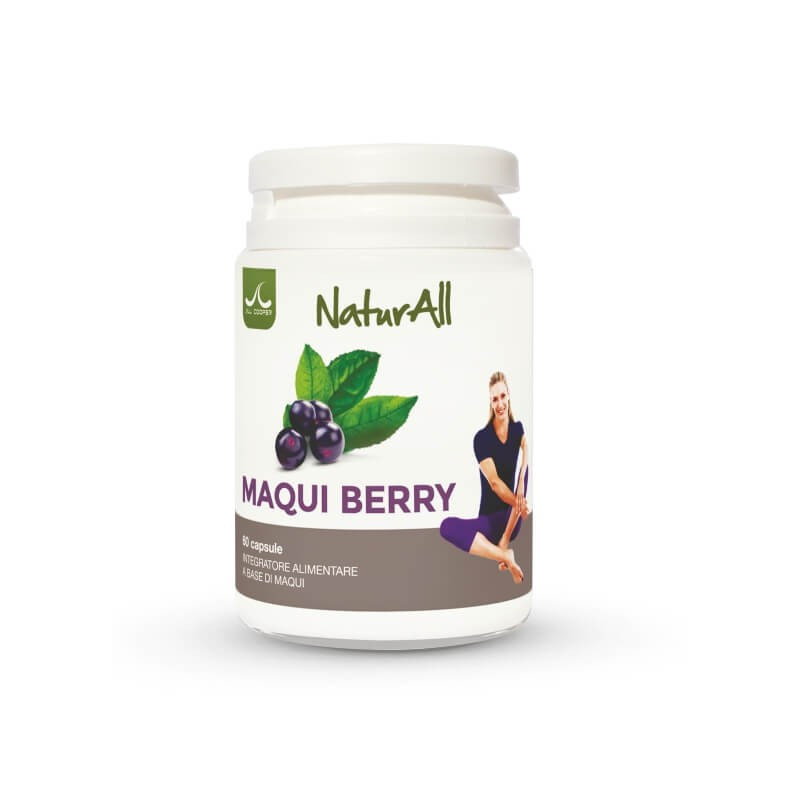 Maqui Berry 60 tablets from the range NaturAll by company Farmaenergy is a dietary supplement based on Maqui-berry (Aristotelia chilensis) dry extract titrated in 10% of polyphenols, which contributes to the physiological antioxidant function.

Maqui Berry 60 tablets from the range NaturAll by company Farmaenergy is a dietary supplement based on Maqui-berry (Aristotelia chilensis) dry extract titrated in 10% of polyphenols, which contributes to the physiological antioxidant function.

It's a supplemento which represents the perfect way to boost and recover one's own well-being as well as to protect one's own health.

MAQUI BERRY: THE PROPERTIES OF THE FRUIT

Aristotelia chilensis is a south-American plant in the Elaeocarpaceae family and growing in the forests of Chile and Argentina. The benefits of Maqui berries are promoted by the active ingredients within them. It is known that vitamin E delays all the problems related to the premature ageing of tissues, which is mainly due to free radicals, which are highly reactive molecules that prove to determine oxidative stress.

Let us focus our attention on the possible peculiarities of this fruit. They are mostly related to:

Moreover, as to the antioxidant action of this fruit, it must be remembered that large amounts of delphinidin is contained. It is a particular hydrosoluble polyphenol that seemingly acts on the receptors NF-kB, which are responsible for cell inflammation. Recent studies have pointed out that high levels of delphinidin are seemingly able to stimulate the production of chemical energy supplied by food calories and, at the same time, to slow down the process of ageing.

Finally, let us remember that this fruit contains vitamin B5, which is a very important micronutrient that aims to reduce tiredness and muscular fatigue, improve mental performances and recover standard energy metabolism.

MAQUI BERRY: CONDITIONS OF USE

Company Farmaenergy recommends to take 1 Maqui Berry NaturAll tablet a day, preferably on a full stomach after the main meal. Do not exceed the recommended dose.